A Golden Screen Award for PAW Patrol: The Movie

When setting out to tell a deeper PAW Patrol story we were passionate about working with the best Canadian talent to create our first theatrical. Winning the Golden Screen Award is a powerful tribute to the exceptional team of Canadian writers, voice actors, animators and producers who worked tirelessly to bring PAW Patrol: The Movie to the big screen. Thanks to the Academy for this recognition and to all the kids and families, who enjoyed this film, here in Canada and abroad.

The teams at Mikros Animation Montreal are also celebrating this wonderful achievement and renew their pride on collaborating to the first feature film of the the PAW Patrol pups. To get to know more about their contributions, check out the series of podcasts

Episode 1 – FROM THE SERIES TO THE FEATURE ANIMATION

In this first video, the team talks about the challenge of bringing the PAW Patrol universe from series to feature animation. They share how they managed to stay true to the world-renowned franchise while meeting the quality for a feature animation, and above all how they gave it their best to ensure that the audience remains captivated by the feature-length story.

In this video, Mikros Animation artists explain how they crafted and animated Paw Patrol: The Movie for a family audience, and how they found the right balance in integrating all the ingredients for an epic big screen adventure that brings the family-friendly franchise to another level.

Episode 4 – A CHALLENGING PROJECT THAT GOES BEYOND ANIMATION

In this last “paw’dcast”, the team shares insights on the production of PAW Patrol: The Movie – from the excitement when they discovered the first animatics, to working with Spin Master on the associated toy line, to the challenges they faced when the pandemic hit the world, pushing the entire team to work remotely and crafting the entire feature animation from their homes. Beyond the animation, PAW Patrol: The Movie will always remain top of mind for the teams of Mikros Animation Montreal!

PAW Patrol continues to be on a roll with a second feature film, PAW Patrol: The Mighty Movie™, greenlit for an exclusive theatrical release, distributed by Elevation Pictures in Canada, on October 13, 2023. To join Mikros Animation team on this new adventure, check out the open positions by clicking here. 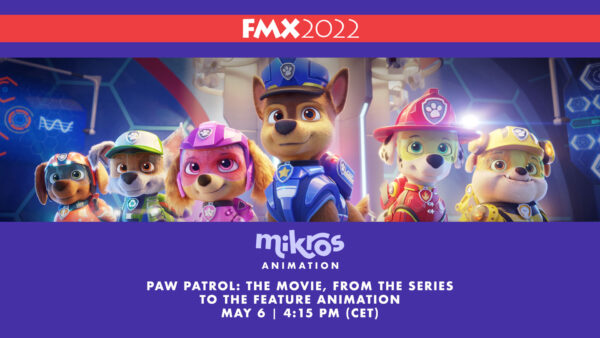 FMX 2022 - PAW Patrol : The Movie, from the series to the feature animation

Join Adrien Montero, Anthony Stedman, Julie Marouzé and Andy Spanring on how they made the PAW Patrol characters transition from the series to the feature animation. 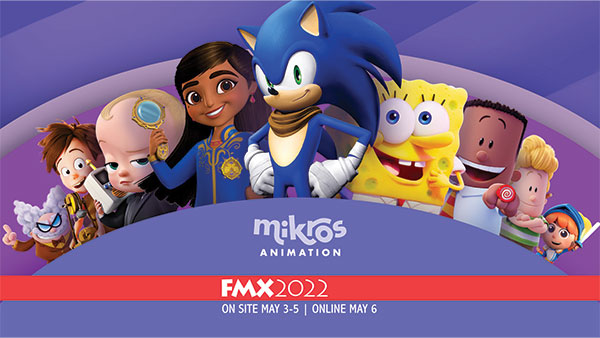 SAVE THE DATE - MEET MIKROS ANIMATION AT FMX 2022

FMX 2022 will take place in a hybrid mode from May 3-6 ! Get a sneak peak at the opportunities to meet with Mikros Animation team during this year's event. 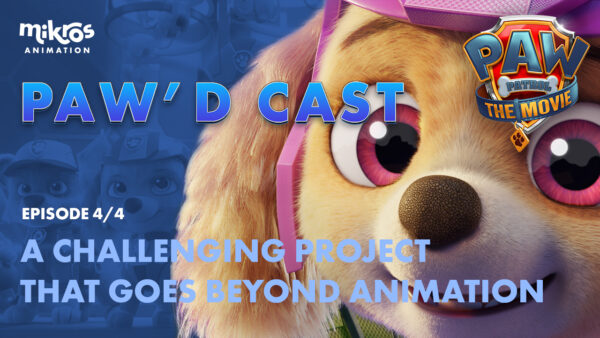 PAW Patrol: The Movie - A challenging project that goes beyond animation

In this last PAW'dcast, the team at Mikros Animation discuss how the pandemic impacted the project beyond the artistic challenges they faced. 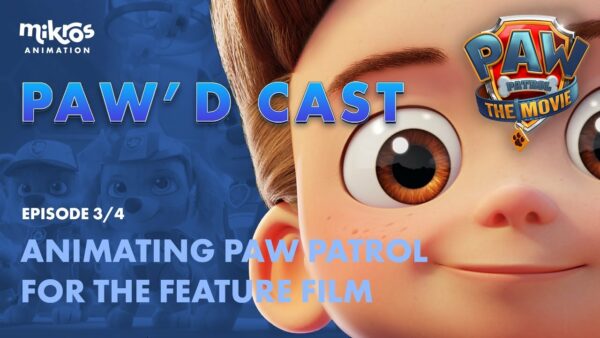 Our team share animation secrets of PAW Patrol: The Movie and explain the work done to bring the most famous puppy patrol to meet the quality of a feature animation. 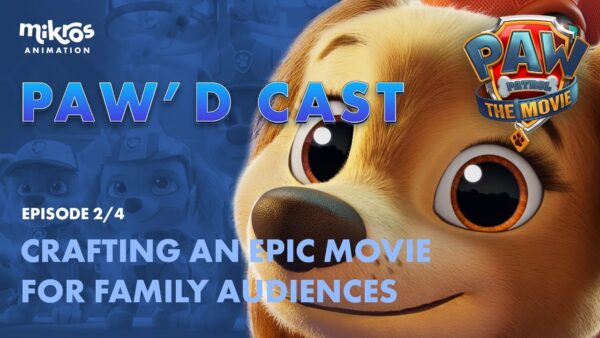 Our Paw Patrol team tells you how they crafted and animated the feature film as an epic movie for family audiences and about the importance of FX.